LA MAISON GIVENCHY is a french fashion house founded by couturier Hubert James Marcel Taffin de Givenchy who with his casual chic creations, the aristocratic elegance and femininity, combines finesse, sobriety and simplicity, distinguishing himself for the research of fabrics and lines with an architectural taste.

A great admirer of Balenciaga, the aristocrat Hubert de Givenchy, only 17 years old, unable to meet the master, learns to sew in Paris from Jacques Fath, Robert Piguet, Lucien Lelong (on the advice of Christian Dior) and Elsa Schiaparelli.

In 1951, Hubert de Givenchy left Elsa Schiaparelli (Italian designer and seamstress, inventor of shocking pink, who together with Coco Chanel is considered one of the most influential figures in fashion of the turn of the century) and founded her eponymous fashion house.

In 1952, his first collection "Les Séparables" introduced the concept of coordinated garments in the world of couture, enjoying enormous success, the highlight of which was the “Bettina Blouse”, which bears the name of one of the most sought-after models of the time. The enfant terrible of Haute Couture is born.

1988 is the year of the designer's retirement, who decides to sell his maison to the French group LVMH of Bernard Arnault, although he remained artistic director until 1995. He is succeeded, in chronological order, by John Galliano, Alexander McQueen, Julien MacDonald and Riccardo Tisci. Clare Waight Keller becomes artistic director for Haute Couture and Prêt-à-porter for men and women in the spring of 2017.

In June 2020, the Maison opens a new chapter in its history with the appointment of Matthew M. Williams as artistic director of the women's and men's collections. 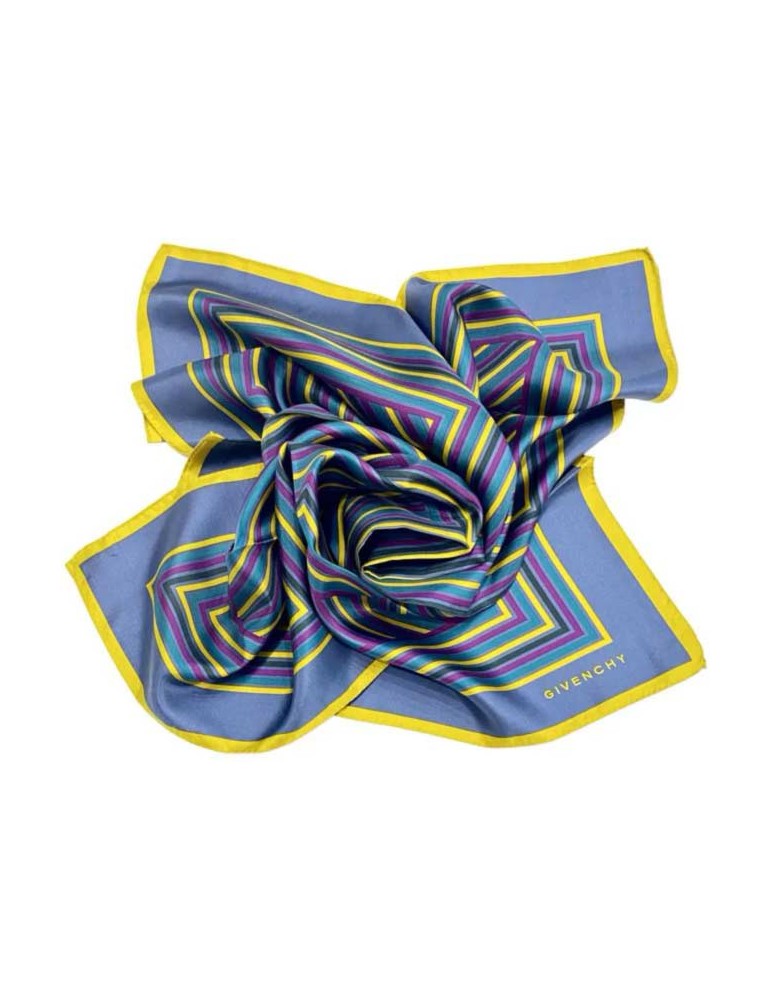 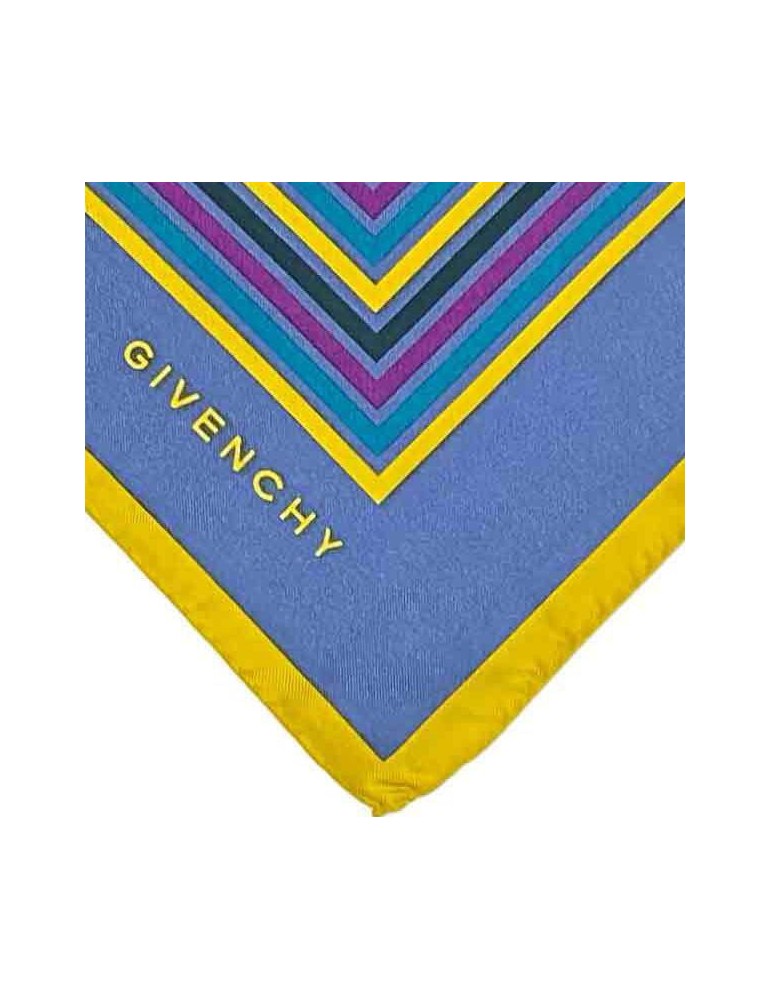 Givenchy foulard in pure silk twill with multicolor stripes printed diagonally with respect to the stripes that form the classic 4 letters G; the distinctive brand of the Maison is also printed in a corner in contrast to the background color. Finished with hand hem. Made in Italy. An essential, light and versatile must-have accessory, indispensable for...